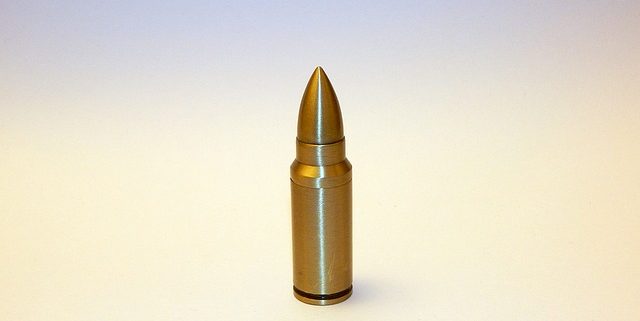 When hunting you need the right ammunition for the game you’re going after. Small game is pretty simple since almost anything will kill it. However, for large game, this is a different story. For larger game, you not only need ammunition that will not only kill your prey but do it quickly enough that you don’t become the prey.

For those hunters with a preference for hunting deer with a pistol, the .44 Hornady Magnum is the perfect pistol cartridge. No other pistol cartridge has killed more deer in the last fifty years. Being one of the most powerful handgun cartridges in the world makes it the best choice for hunting deer with pistols or carbines. This is a big slow heavy bullet with bone-crushing power to kill whatever prey you aim at. This makes it powerful enough to take down the biggest of deer at a distance of 150 yards.

This ammunition is considered by some to be a little big for a deer, but there are advantages to having more powerful ammunition. The .45-70 will result in bone-crushing power with a heavy bullet that has a moderate velocity. This means that the .45-70 Government will not result in the bloodshot meat, that is ruined by other kinds of ammunition. This ammunition has less recoil than most other kinds. The .45-70 Government is an excellent short-range cartridge it is especially useful what hunting larger animals like moose, elk, and bear.

The 6.5-300 Weatherby Magnum is the fastest 6.5 cartridge you can buy. It has a relatively light recoil but will kill whatever you aim it at quickly. This cartridge will go through a moose at 500 yards killing it and anything else that gets in its way. However, this ammunition does not come cheap coming in at a whopping $95 for a box of twenty rounds. However, its ability to take down animals like a moose quickly makes it a good choice for the moose hunter.

The number one and biggest cartridge of the list is the 7mm Remington Magnum. This cartridge has been around long enough that most hunters are familiar with it. This longevity shows that they are proven to do the job of killing your prey as a hunter. The 7mm Remington Magnum round will easily take down deer, moose, Rocky Mountain goat, Spanish Ibex and much more.

Theres a great video on youtube about the history of the rem. magnum 7mm – check it out:

So if you’re planning on going hunting for large game, these four rounds will be your best choices, but you should also have all your other hunting supplies lined up. They all take down large animals and do so quickly enough that they will not turn on you before they die. This means that not only do you get your prey but that you do so in the safest manner possible.
https://mycountryhideaway.com/wp-content/uploads/2019/05/bullets.jpg 480 640 admin https://mycountryhideaway.com/wp-content/uploads/2016/12/logo.png admin2019-05-05 15:39:492019-06-10 13:09:06Top 4 Ammo for Hunting

These are the top five reasons why business cards are still important in 20...